“Do What I Say: Life as My Mother Predicted” is now available on Amazon. 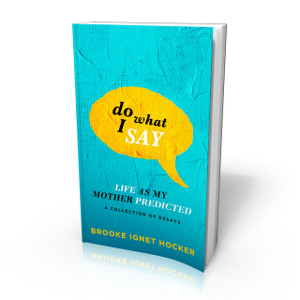 Born the daughter of teen parents, Brooke’s childhood is rooted in seemingly questionable advice from her mother.  In do what I SAY: LIFE AS MY MOTHER PREDICTED she shares a collection of personal essays inspired by her mother’s sketchy advice.  “Someday they’ll hire someone younger and prettier than you and you’ll hate her just because” are the words her mother shared as motivation as she entered Corporate America.  In the essay “The War on Cute Millennials” readers will find relatable and humorous antics on how this advice proved true.  They’ll hear tales in “Eighty-Eight Fortunes” of times her mother’s love of gambling landed them in Las Vegas with stacks of cash, they’ll learn about a secret she’s been keeping since she was eighteen years old in “Politicks,” and they’ll be inspired to put pen to paper after reading “Thirty Love Letters in Thirty Days.”  Stories of PMS, diets, and psychics told in a stream of consciousness flow will keep readers entertained with many laugh out loud moments.

Sparked by her TED Talk, “Raising Teen Parents,” given at Columbus, Ohio’s 2014 TEDx event, these essays are intended to deliver motivation, inspiration, and humor.
“Do What I Say: Life as My Mother Predicted” is published by Little Red Bird Press, a publishing company Brooke started in 2016.  All proceeds from book sales will be used to fund a scholarship in memory of Brooke’s mother-in-law who was a lover of books and avid reader. 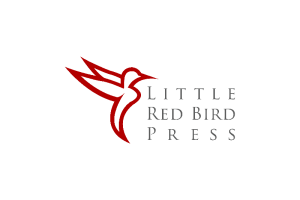